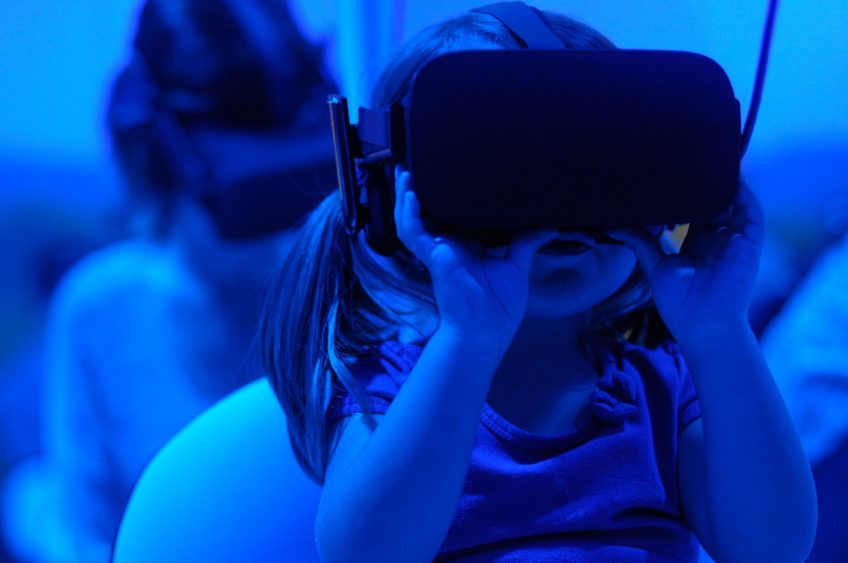 The squeakers are coming

It seems that there has always been a phenomenon of parents with more money than sense buying their offspring the latest toys and distractions as a substitute for attention and to pacify some ADHD fueled tantrums. The tablet-toddlers or infants-with-iPads generation is growing up, and they’re getting expensive new “toys.” This is leading to an influx of pre-pubescent gamers raging through open-worlds and matchmaking lobbies causing chaos. They leave a trail of destruction and carnage, while shattering eardrums with their high-pitched squeals of delight and screams of frustration—a class of online gamers has arisen commonly referred to as squeakers.

Squeakers aren’t a new phenomenon. Console gamers are all too familiar with playing Halo or Call Of Duty and hearing vile taunts and vulgar remarks about your mother’s sexual preferences, screaming through headsets from the falsetto voice of a ten-year-old (using language that they likely picked up from earlier un-monitored gaming sessions).

The problem is that, perhaps without realizing what they may be exposing their children to, some parents just give the kids whatever they want and tell them to go play. They might perhaps think that video games are for just for kids (well I’m sorry Susan but they aren’t), or maybe they just aren’t aware of how much content their children can access on these devices. These parents aren’t observing the maturity ratings of games, nor the age restrictions of online services and everyone suffers as a result. The people who should be enjoying their games are babysitting, and the kids are often exposed to some form of toxicity or inappropriate content. This kind of thoughtless child gratification goes back for years. You may remember the surprise some parents had when they discovered that their “little angels” were frequenting strip clubs, and picking up hookers and killing them to get their money back, in the Grand Theft Auto series of games. There were several news specials about it. Now, the scope of online presence for these little terrors is expanding.

The phenomenon of young children showing up online in virtual reality is already an occurrence, albeit one that is typically limited to a small number of more affluent households due to the high costs of headsets and gaming computers. At the start, virtual reality was something that was typically available to a mature crowd—working teens and adults, people who could afford to invest at least $600 on a VR-Ready PC plus another $400+ for the headsets (the Oculus Rift cost $599.99 when it launched), touch controls, extra sensors etc. required to use Oculus Rift or HTC Vive.

This year (2019) the numbers of unmonitored children with access to VR is likely to rise dramatically due to the release of stand-alone headsets like the Oculus Quest, that don’t require being tethered to expensive computers with high end graphics cards. The new Rift S also will bring in more young players now that there’s no more hassle of finding the perfect play-space and messing around with setting up extra wires and sensors that may have required parental assistance.

I imagine that this holiday season is going to bring a pretty big wave of new VR players both young and old alike.

The fact is that kids are being raised by the internet, and we need to teach them better.

Children’s exposure to the internet and their interactions in it are going to shape their minds, and it’s much more serious than a teenager finding a stack of Playboy magazines in the back of a parents closet. Kids are being given internet access earlier and earlier, and their time spent online shapes their world-views and social interactions. It’s not just a matter of parents who don’t love their kids enough to keep an eye on them. We live in a busy world, with an ever increasing reliance on the internet. Young people have always found ways of gaining access to things that they shouldn’t. Even with responsible parenting, most of these children will be exposed to information and concepts long before they are ready to intellectually or emotionally process them. There is also a high potential for exposure to other seriously negative experiences. The web can be full of dark corners where trolls and antisocial people lurk.

What can we do about it?

If there’s a bit of a bias to my tone, that’s because I’m speaking mainly on my own behalf as an adult gamer who’s grown frustrated with some online brats, but the problem is actually a two way street. Screaming children can ruin the VR experience for people like myself who’ve worked and invested a not-insignificant money into playing VR; likewise, we grown folk may make virtual reality an unwelcoming place to young people who just want to explore and have fun in an expanding new world. Virtual reality has a lot of potential for use in education, cognitive and psychological therapy, and creating positive social interactions. It would be a shame to just deny such privileges and possibilities to the younger generation, so we need to learn to handle conflicts maturely, and while doing the least amount of harm possible. The most effective solution would be a mixture of shared responsibility in both parents and gamers.

I ask parents to please understand that the internet is accessible through VR, and with the web comes access to mature content. Giving your kids free roam with a virtual reality headset (whether attached to a PC or not) isn’t quite the same as letting them play Xbox or PlayStation. It’s more like dropping your unsupervised child in a city full of virtual arcades, speakeasies, and sex dungeons—all of which are filled with a bunch of anonymous people wearing masks.

The following are some things to keep in mind, and some precautions you can take to protect your children’s precious minds before loosing them into the virtual world.

Unofficial Content inside of games and apps is subject to contain mature materials.

VRChat, for instance, is a popular social application that allows players to create or import custom avatars, some of which can be downright repulsive. I’ve not spent much time in VRChat, but in the short period that I did spend exploring the social app I witnessed little cartoon critters hopping around bearing exaggeratedly large erections and highly sexualized anime characters with huge bouncing bossoms—which might be hilarious to teens and adults, but perhaps shouldn’t be something that young children are exposed to.

Virtual molestation is a form of non-physical assault that could have detrimental impact on the minds of young children.

Many of the same protections are available to you that apply to any other online interaction.

If you don’t think you fit into the category of squeaker, then try to show a bit of maturity and restraint when faced with children. Though you may be sitting around the house, enjoying the privacy of your living room in your underwear and a bathrobe, your voice and actions are being broadcast to what could be considered a public venue.

Please Respect the Children—even though they aren’t supposed to be there.

Watch the language. I too, tend to swear like a sailor when I’m having a bad day and performing poorly in competitive play, but matchmaking sometimes pairs you with some bright little boy or girl and you’ve got to reign in your instincts to vent.

Don’t be a cyberbully or a hater—Recently I was in a match of Echo Arena, and this young person kept stealing the disc from teammates, scoring on the wrong goal, and taunting everyone, and generally being a pest. As a result, everyone else in the match set the game aside to just play keep away from the kid, or relentlessly pummel him in the game thereby immobilizing him. That was alright as long as it was just a matter of taking a quick pause for a cause. It’s okay to put a kid in timeout to teach him that sharing is good and to play nice with your team—what wasn’t fine is the way everyone felt like they had to continue to verbally berate or humiliate this tiny person who, even though was being a pain in the ass, was a very small child.

Give the kids a chance

Not all squeakers are unskilled little brats. You might be pleasantly surprised how well some of the kids can play, because chances are, they have way more free time for becoming experts at video games. Take a moment to mentor children when you get paired with them—share tips and tricks, talk to them about the importance of teamwork, and be the bigger person. Set the example for mature and appropriate behavior. If you do get stuck with an intolerable little imp, then move on to taking these next steps for dealing with them.